Though the Xaniqos have escaped the deadly trap this time, there are still possibly ten to twelve hostile drow on the loose. There is no trace of the fiendish ravens; strategically, the siblings have a good and defensible position, Alvra says. Tired and wary, they decide to spend the night in the pit and wake up feeling slightly better.

Lilith sends out one of her prying eyes to assess their situation. The orb returns to convey images of hills and meadows to the cleric, a landscape where nothing moves except small wildlife. There is no visible threat, there are no other drow. With this knowledge, they set out and head back towards the old watchtower area. The smell of burned flesh still permeates the air from the silo. Phaedra wearily enters the scorched area, and finds the battle scene undisturbed. Many footprints are still visible in the sand, the area is scorched and blood permeates the soil. 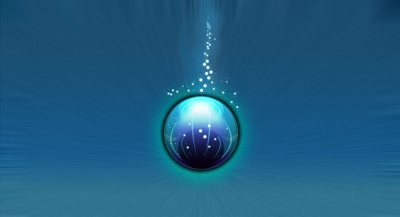 Clear tracks lead towards the mountains, deeply imprinted by the weight of heavy armor. They seem to be in a hurry! Another prying eye sets out to scout the area. The drow follow the trail for many hours, but Phaedra’s instinct and scouting skills tell her that they are only two miles as the crow flies from the portal through which they entered the Upper World. The landscape is becoming more and more overgrown with bushes and trees, the ground gets stony. When her sister loses the track, Lilith calls back the prying orb. In their vicinity are many small furry animals, but no houses or settlements; nothing is threatening. One more orb sets out with the specific instructions to search for caves and people, and its search proves successful. There’s a dark space up ahead that could be the entrance they are searching for.

Soon they find themselves on a much used path. Phaedra sees track from creatures that are not know to them; they are wider than those of rothé. As they follow the trail –Phaedra in the lead– the scout hears snorting and ducks behind the nearest tree. Fortunately it seems closer than it is, due to the mountain’s acoustic. Phaedra signals to the others, who have heard nothing unusual over the wood’s natural sounds, whereupon the cleric sends forth another magical orb. When it returns to her hand, it brings news: there are two jet-black red-eyed creatures ahead, waiting in front of an opening in the mountain.

Phaedra sneaks closer, while Jharrath casts his awareness forward, toward the beasts. He gets the impression that these are no natural inhabitants of the forest. They are different, more powerful and bigger, than the draft animal that was harnessed to the chariot in the village. The cleric calls back her sister, whereupon Jharrath shares his findings with the others.