Back at the Xaniqos mansion, the sisters immediately head towards the throne room,
where Lady Thandysha and Taldinyon are busy celebrating. Together, Lilith and Phaedra summarize what has happened since they left the Arena.

“Three guards are dead and Solaufein is missing! The tracks show that he has been taken into the ghetto of Performers.”

“Do you know who has been hired to take this hostile action against our house?”

Lady Thandysha bursts into anger. “Only assassins of House Aleval are equally good. We have to free the Captain of the Guard. He knows too much of our House!” With a visual effort, Lady Thandysha regains her self-control. “I want him back as soon as possible. Leargath will help. This insult cannot be forgiven or ignored. The element of surprise is of great importance here.”

While the others rest, Phaedra will go back to investigate the house of the assassin’s guild. When she’s about to leave, Jharrath hands her a potion of haste. She nods her thanks, adds the potion to her belt, and hastens outside. When she’s near the Riskallus guild house, she climbs on top of the adjacent building, takes the wizard’s potion and changes into a translucent and weightless puff of smoke. Her spiked chain makes a bit of noise, which fortunately causes a guard to show himself. She is not detected though.

Once inside the building, she sees an arcane guard in heavy mail,  carrying a spell book. On a lower level, a male drow walks past, his white hair in a bun and a short sword strapped to his back. The elf is currently engaged in a heated argument with a priestess.

“And we’d love to provide you with them, Xiletha, but it would be advisable if you took a little less pleasure in torturing our prisoners. Already two of them have perished. We will take care of the last two ourselves.” They disappear down the stairs, and Phaedra returns to the roof, as her translucent form soon will dissipate.

Heavy footsteps lure her to the opposite side. A big golem stands next to two
drow of House Despana. They are no typical priestesses, but look like cult members, wearing the symbols of Lolth. Phaedra realizes that they are mostly highly devoted fighters or assassins, pledging their lives to Lolth and the clerics who serve them. A cart with Duergar merchandise pulls up front, and two persons, a bag over their heads and in chains, are locked up inside. Phaedra recognizes one of the cloaks as Xaniqos. The cart goes one way, while the group goes another. Phaedra decides to follow the prisoners.

They are taken into Despana territory, where the cart stops at a warehouse near the Great Wall. The doors open and two drow guards come out, talk to the driver and then take the prisoners inside. The warehouse is two stories high, approximately 50 feet high and 75 feet wide. Phaedra is about to return home when she hears the golem stamping in the street; the other group has arrived. The Xaniqos scout now has to hurry. Soon they will start torturing the last two prisoners. 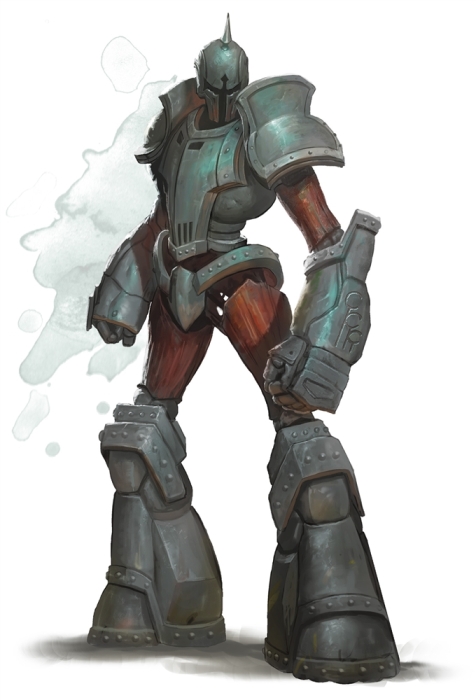 Meanwhile back at the mansion, Alvra, whose wounds are infected, sends someone into the city of Erelhei-Cinlu to obtain healing potions. When the servant returns, the fighter asks a priestess to check out the medicine. “This might work. Where did you get them?” She addresses the servant. “At a local pharmacy, mistress.” The fighter gobbles down the smelly liquid and immediately feels better. Alvra offers his cleric sister the other potion, but she declines and tells him to save it for later. Lilith heals Jharrath and herself with spells.

After a power nap, Phaedra opens the package of the Spymaster. Inside she finds a big
scroll with a map of a cave complex. A smaller scroll in elaborate handwriting says: “Beware. We know you are hunting treasures, but they might be cursed.” The treasure map shows a location far to the north of Erelhei Cinlu, near Szith Morcane.
Might this be where the rod is? She takes the map to the Matron Mother.

“I went back to the area of Performers. The building was indeed a hide-out of the
Riskallus Agency. I was able to sneak into the building and can confirm that House Despana is behind the kidnapping. The prisoners were transferred to one of the buildings in their district. The Despana family members who took custody of our guards are dreadfangs. And they have a golem too. They want to know if we have the rod ‘Dark Fate’. Speaking of which…”

Phaedra hands over the map.

“Thank you, child, we will look into it. I see this as an attack on our House and they will feel our wrath.” Lady Thandysha makes up her mind. “We will strike back at them right now!”