The Xaniqos pick up their weapons and are escorted from the premises, when Alvra asks

Mistress, are we in a hurry to return to our House? An acquaintance of Taldinyon has asked me to pick up a couple of items at the tower of Uliordell – a mindflayer – while we’re in the neighborhood.

Not now, Alvra. The matter at hand is of the gravest importance, we need to get back to the Matron Mother immediately!

Back at the mansion, the two sisters report to Lady Thandysha. She listens intently to what Lilith has to say, nods, and then turns to Phaedra.

House Vae has been in contact, and has assured me they had nothing to do with the slave trade of the Shar’ans.

Ah, so the venerable Flesh peddler acted on his own?

Yes. I was on the verge of breaking up our relationship with House Vae, but now… Your sleeping around has turned out right for once. Hmm, you might be useful after all. Our House could profit from this slave trade.
You are all free to do as you want until the Council meets.

While the cleric visits the chapel to pray to Lolth, and Phaedra takes care of some business, the wizard sets out in search of his brother. After checking out the fighter’s room, the arena and dining room, he finds him at the bathhouse, where Alvra is washing away the bugbear stench. 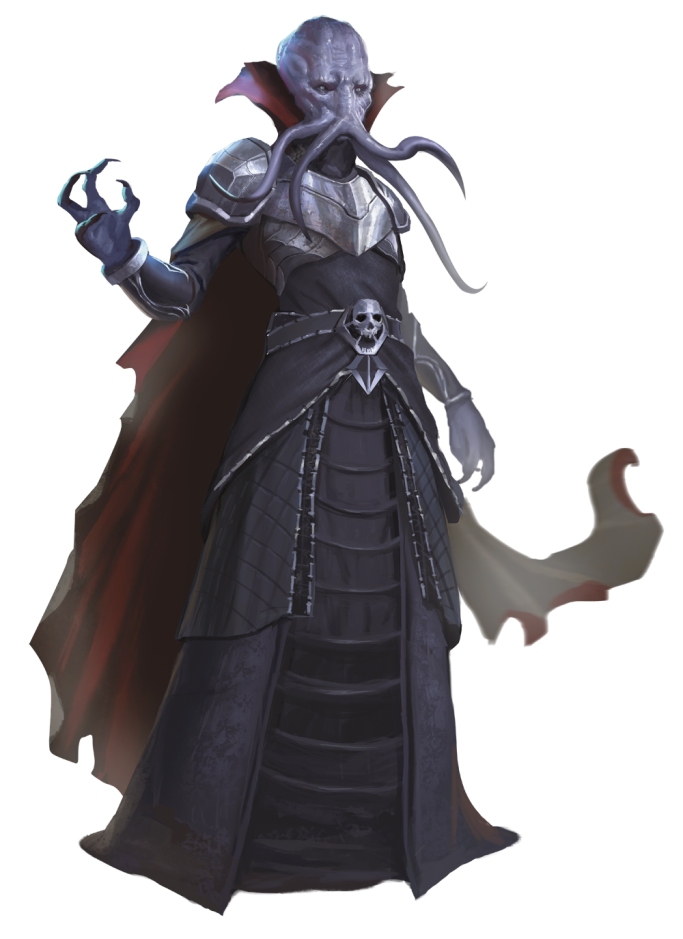 Tell me, brother. How did you come by this assignment? A mindflayer? In what location can we find him?

I don’t know which tower exactly. I was advised to ask YOU for advice, Jharrath.

When Alvra suggests the four of them ought to be able to do the job, the wizard replies:

Brute force alone is not enough. You can interrupt the mindflayer’s casting, but only by doing a lot of damage, so his concentration is broken. And his force of will is enormous. Psionics are not bound to any House, they are independent. Let me think on this a little while longer.

Later on, Lilith approaches her brothers. Alvra is not at liberty to reveal the name of his client, but he does tell her that they will be looking for a special kind of gem. Asked for battle tactics, he advises don’t talk, just fight physically. The wizard knows where the illithid has its residence, and has a plan for entering the tower. But first he has to copy a special scroll to his spell book: pass wall. Lilith allows it, and a day later, they set out on the quest.