The day after their visit to the slave market is spent studying by Jharrath, while Alvra visits the merchant Nyttoris. Free to do as she pleases, the cleric still has to pay close attention to etiquette, since the Matron Mother is a very adept politician and an intelligent, ambitious and self-assured woman. And she won’t let a cleric of House Xaniqos be anything less.

In the evening they set out towards the slave market again. It is more quiet this time as business is slowing down. When they walk towards the dais, they are stopped by a male drow.

What are you doing here?

Just looking around, we might want to buy something. Or someone.

You can’t proceed, this is a private area.

Like the old drow yesterday, this male is also not wearing an insignia. Lilith steps forward and takes over the conversation, so Phaedra can scout ahead.

We were here yesterday, when House Tormtor was doing business, and we could walk around without any trouble. So what’s the problem now?

Meanwhile, her sister slips uphill, until she sees four kua-toas. One is wearing a headdress. They seem to be checking out slaves. In her excitement, Phaedra loses cover and is spotted by the fish-like humanoids. Her sudden appearance creates a commotion and Phaedra can hear them shouting in their watery language. The scout unobtrusively scuttles back towards her siblings, but it’s too late. With snorts and growls, two huge bugbear overseers appear. One of them starts to cast. 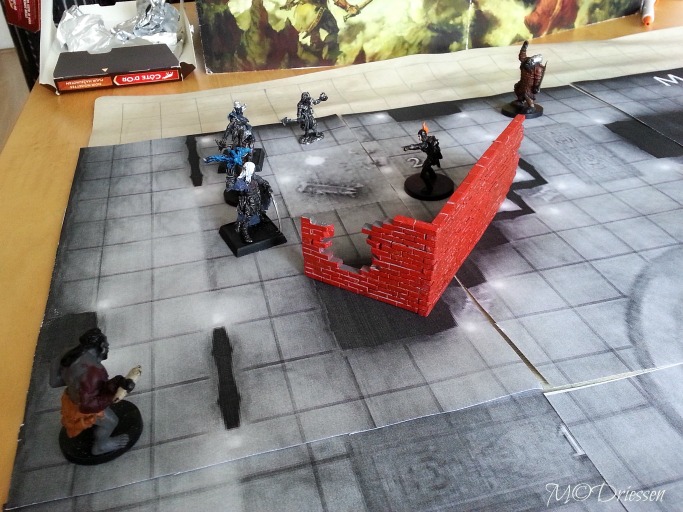 Jharrath recognizes the spell as ray of enfeeblement – they seem intent on taking the Xaniqos siblings alive. On both sides, coruscating rays spring from the bugbears’ hands, but they have no effect on the wizard because of his spell resistance. Phaedra also nimbly dodges the spell. Since his mistress hasn’t given the order to attack, the fighter stays alert in full defense. The wizard counterattacks with a spell of his own. Suddenly slime appears at the feet of one of the bugbears.

Not wanting to waste their energy in an unnecessary fight, Lilith says:

Apologies on behalf of my intrusive sister. We did not meant to interfere with your business.

Seeing the reason in her words, the overseer is about to call off his bugbear guards, when two kua-toas appear around the corner. Dressed in leather, they carry no weapons but still look very capable. They are soon followed by a kua-toan priestess. Both monks give her a wide berth. Something tells Phaedra that she has seen this kua-toa before on their way to Blessed Seahaven. On the priestess’ command, the monks attack with flying kicks and flashing hand attacks – even in two directions at once, while the Xaniqos fight back with spiked chain, lightning and flame strikes.

Suddenly the humanoids pull back and a loud, clanging noise is heard from giant bars that are being moved aside. A huge shape, hulking, to not hit his head against the ceiling of the quarter he was in, appears and is easily recognized as a stone giant. At full length he is 12 feet high. The wizard immediately casts a spell, and a foul sludge seeps out of the ground, coating the area before the giant in a twenty feet radius. The scout’s chain is aimed at one of the kua-toas, while the bugbears make a flanking movement.

Stop this madness! We came in search of slaves, and now we are treated like this? Harassed without any cause? You will stop this at once, and we will leave.

The monitor, under the influence of the cleric’s diplomacy, orders his bugbears and stone giant to step back.

This is a terrible misunderstanding,

the drow says, holding his crossbow.

As far as I’m concerned, nothing happened.

Then four guards of House Vae turn the corner, in full regalia, spears and shields ready.

When we came looking for slaves, we were attacked by these kua-toas. Outsiders without the mandatory green cloaks. I don’t know how things work here, but in our ghetto that’s not allowed!

The cleric is indignant in her anger. The guards salute Lilith.

We will deal with this at once, mistress!

On their way back, Phaedra says:

Those were no Blessed Seahaven kua-taos, Sister. I recognized the woman from our trip from Looblishar.

Hmm, that’s interesting! Did you see the slaves?

Yes, but they were normal ones, nothing special.

The drow continue towards their home, deep in thought. 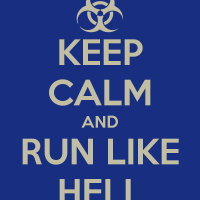