The next couple of days are spent in relaxation. The Drow have brought home quite an impressive loot and each sibling is amply rewarded. Four days later, being healed, bathed, rested and fed, they are once more called towards the hall of House Xaniqos. The eldest daughter Quarra is also present, though she doesn’t look too happy. Matron Mother Thandysha and her consort Taldinyon make an exotic pair. To their surprise, Thangarth and a group of Duergar are there too, the Draegloth at their side. His big scythe is still covered in blood. It seems like the company didn’t have an easy journey traveling to the Xaniqos mansion. 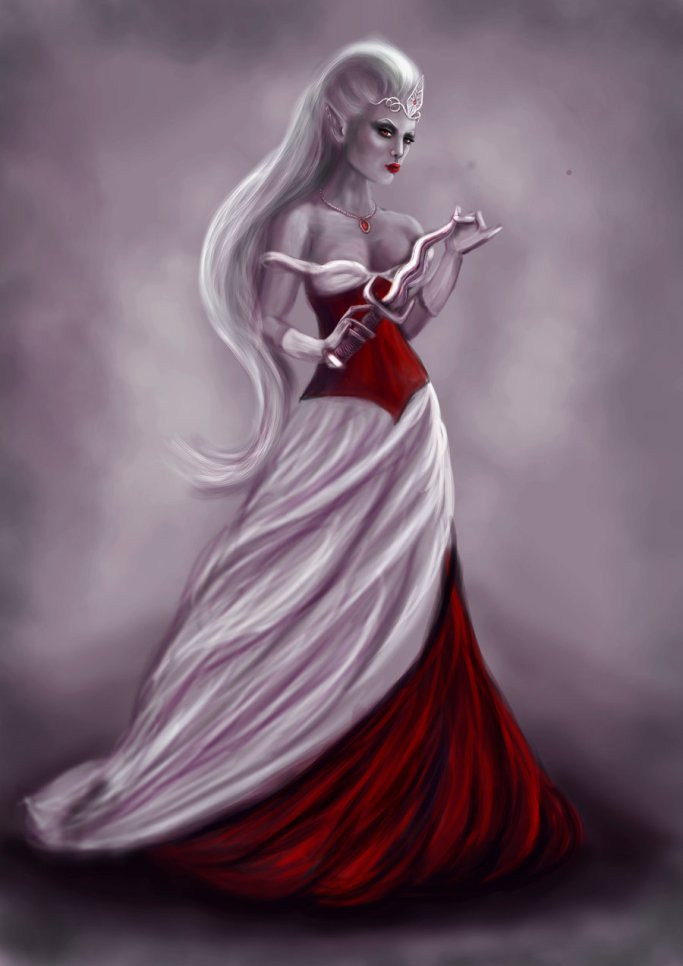 Lady Thandysha welcomes all and tells her children that the Duergar emissaries have been invited to establish a trade between the two parties. And since the four had a part in bringing about the contact, they are welcome to participate in the negotiations. The Duergar will stay in the city for one week. An agreement is reached about buying mithril for creating weapons and other items. When Phaedra replies in Duergar, the Draegloth seems pleasantly surprised. They talk a bit and he tells her she can find him in The Black Chalice if she ever needs him.

We won’t be staying there, we will find a place of our own!

Thangarth says. He doesn’t seem too eager to lodge in a place owned by a vampire, where undead frequent and narcotics are abound. The Xaniqos Scout advises him to try out the Knuckle Bones Inn – many guards and owned by a dwarf – or Teeson’s Roaming House. This facility seems to shift around a lot, which makes it an interesting place, but more dangerous. The latter seems to appeal to the Duergar’s sense of excitement and there might even be a bunch of kobolds to lighten up the place.

The Matron Mother looks at Phaedra, a disgusted expression on her face.

You speak that vile language?

The days, during which Lilith orders her Wizard brother to make more anti-toxins, go by quietly. After a full tenday K’yorl asks them to follow him into his study. They head up towards the large tower room, which is packed with alchemy sets, books and vials. They are filled with eye balls, powders, feathers and all kinds of other stuff. A neat personal collection, according to Jharrath.

Please, take a seat. House Xaniqos needs your assistance in a new task. It’s only a week before the Council meets again. And though we have dealt a good blow against House Shi’quos, they are on the move again. They seem to be in alliance with the Dod King and try to expand by taking over the Ghetto of the Dead. Rumors are that here is a group under the city, ruled by three principles. The entrance to this Undercity is guarded by at least one ogre, maybe more. House Eilservs is weak. The undead are not under control anymore, ghouls attack at random and other forces are moving up.

Will House Eilservs be punished for letting the Ghetto go out of control?

Be assured that the House indeed will be ‘entertained’ elsewhere, Jharrath.

The siblings agree to meet at The Black Chalice.

One thought on “Trouble in the Ghetto of the Dead” 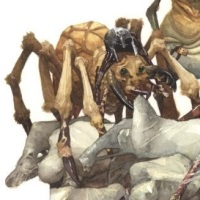