When they arrive at the foyer, they hear a lot of commotion. You might want to hurry if you’re going to the Great Well, the inn keeper says, for the Duergar are acting up out there.

The Xaniqos four step into the street, where they find a typical merchant wagon on its side near the inn, a lone beleaguered Drow trapped underneath. He’s trying to fend off the Duergar, who are attacking and mocking him. The trader’s slaves have fled, another Drow lies close – slaughtered – and the rothé are unharnessed. The dwarfs, who have been drinking steadily, keep a close eye on the Xaniqos and try to provoke them with terms like spider kissers and worthless elves. Phaedra takes out her crossbow and loads it, but Lilith bites her teeth and keeps on walking. Their goal is to reach Dunspeirrin, not to mess with a couple of drunk dwarfs.

Lilith freezes, and so does her sister. No one orders a Drow Cleric! The merchant, relieved to see there is a chance for help, offers them 25% of his wares if they help him out. When Phaedra uses sign language to consult with her brother about the strength of the dwarf group, the Duergar sneer,

Hey, pointy ears. What are you wriggling your fingers for?

Without hesitation, the Scout aims her crossbow at the leader and releases a bolt. Apart from him, there’s a Cleric and four mercenaries; all of them in heavy armor. While one dwarf stays near the merchant and attacks for real, the other five advance on the Drow.

The Xaniqos prepare for battle. Two Earth Elementals appear, summoned by the Drow Wizard. The Cleric casts a blindness spell on the leader – it seems to have no effect though – while Phaedra attacks him again with her crossbow. She scores a direct hit. The satisfaction drains from her face, when the Duergar suddenly grows to twice his size and moves forward, brandishing his large war-ax. A booming laugh rolls from his lungs. Another Duergar suddenly disappears from sight.

Alvra activates his House Insignia and becomes broader too, imitating Maul’s laughter. Now they’re equal. Jharrath surrounds himself with mage armor. One of the Duergar attacks with a sound burst, but Lilith  manages to shake off the effects without much damage. Her sister isn’t as fortunate and gets stunned. The Cleric and her brother Fighter engage themselves in a melee fight with the larger-than-life leader, Maul.

The Earth Elementals are pummeling an opponent, while another dwarf tries to counter attack with a fear spell, his hands glowing red. The Drow don’t even notice it. Jharrath summons another elemental. One of the Duergar suddenly starts to grow too, just like his leader, but before he can reach his full length, the elemental kills him. 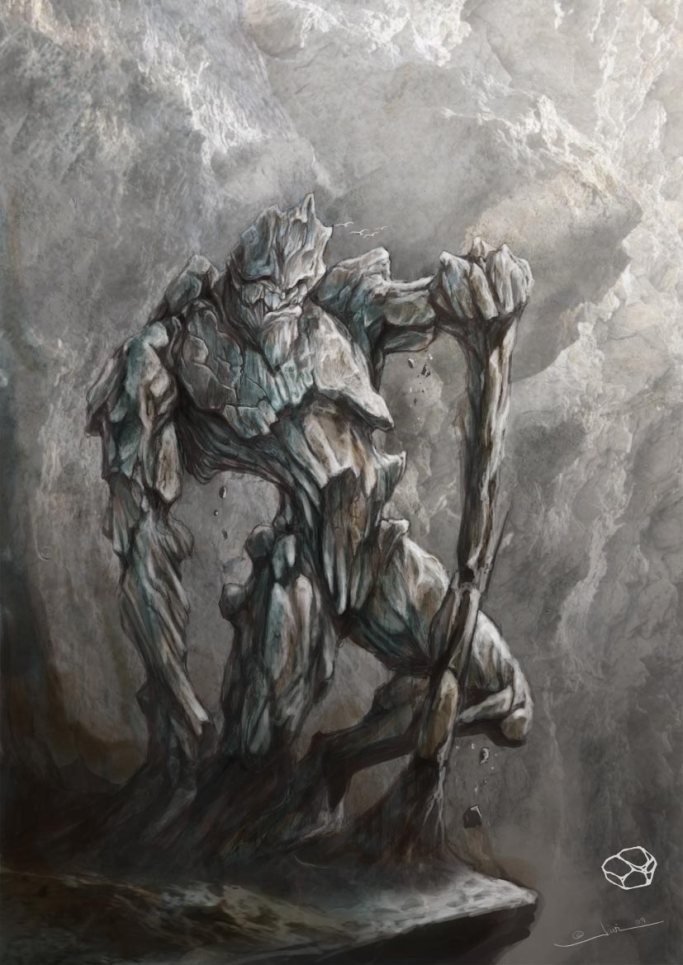 Alvra hits Maul with his sword, and hits him good. The leader roars and, in turn, manages to hit the Cleric. She concentrates and a three feet long column of teeth appears in Lilith’s hand: a blade of pain and fear. But before she can use it, the Duergar Cleric dispels all magic actions around him. Two of the elementals are sent back to their plane, while Alvra’s extra strength disappears too.

Jharrath receives a heavy blow to the head, attacked from behind. The Scout tumbles backwards and enhances her vision with a spell. Now she can even see invisible objects. Phaedra takes out her spiked chain and goes for the Duergar who’s near the Wizard.

A globe of darkness surrounds the cart and sounds of battle emerge from beyond. Seems the merchant won’t be taken that easily. From this globe, the Duergar emerges… and drops to the ground, dead as a rock.

Upon seeing that the fight is turning, Maul wants to surrender, but the Xaniqos won’t have that. When the Duergar wounds Lilith once more, Alvra kills him with a mighty blow. The elementals are very successful too and beat two more dwarfs to death, while the Wizard attacks with Kelgore’s firebolt. The dwarven Cleric makes a run for it, invisible through another spell, but Phaedra sees him anyway. A large globe surrounds the Duergar and his wounds start to close. The Scout allows him to escape.

A triumphant Drow merchant jumps down from his chart and walks up to Lilith to thank her. He introduces himself as Sifarijn Vae of Erelhei-Cinlu! A most fortunate encounter. Sifarijn was also heading towards Dunspeirrin, and planned on using one of the twelve portals that surround Looblishar. They decide to group with the trader, he can lead them to their destination.

Alvra takes a look at the Drow’s merchandise – weapons and paintings – and sees a weird armor, with a very sharp point sticking out from underneath it: it seems to be the head of a  spear or sword. When he takes a closer look, he sees that the armor is fearsome to behold: it has several demon heads and protrusions. What a special banded mail!

The weapon seems very familiar, in fact it’s identical to his own blade, except for one side which is duller. Sifarijn explains to the Fighter that the sword is magical on one side and masterwork on the other, a splendid weapon. And a worthy transaction of the twenty five percent he promised earlier.

This mail is a gnashing armor. It automatically fends off and attacks anyone who comes too close. It is perfect against grappling and bites and claws.

The Xaniqos fighter is impressed with his new weapon and mail and Lilith allows him to keep it. She frees the fallen Duergar leader of his full plate magic armor and also discovers a pouch with two breathtakingly pretty black pearls. While the others go back to the Hidden Veil, Alvra keeps watch over the merchant’s cart. All night long, Kua-Toas come to take a look at the fighting scene.