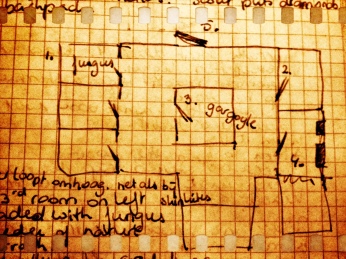 The chest is still standing in the water, innocently ignoring the intruders. When Phaedra is unable to open it, Alvra hits the rusty lock with great force and splits it in half. In the chest the Scout finds a couple of potions, all in a bad state, but at the bottom she discovers two massive diamonds. The stones find a safe nest in her backpack.

On the left, one door is still unexplored. Like the skinkite lair before, its floor tilts upwards. On the other side of the room a seething mass of fungus. Jharrath recognizes the substance as a magically enhanced flesh eating organism. The only materials it can’t digest are stone and diamond. In the middle of the mass a pearl is embedded, pulsating and beckoning. At first sight not the obvious place to hide the mask, so they pull the door shut again.

The Wizard walks towards the right corridor and opens the top door. It is filled with broken alchemy equipment. The scout peeps around the corner too, in search of something useful, but all she sees are shards of potion bottles. Both sisters use the moment of peace to heal themselves. Then Lilith, with the fighter on her heels, pushes against the door of the middle chamber. There seems to be a little resistance, but soon she manages to open it. The Cleric comes face-to-face with a stone statue of a gargoyle, that spits water into a basin, overflowing it and the whole room. Nothing seems to be moving. 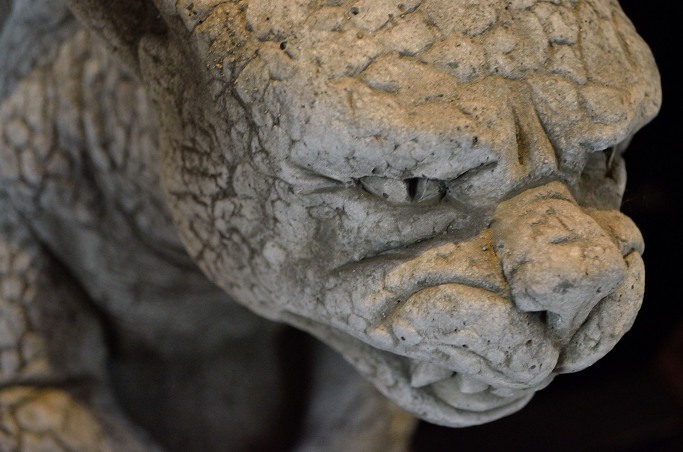 Jharrath opens the last door on the right. Inside only heaps of skeletons; in the back two cabinets against the wall. After a suspicious glance at the bones, he shuts the door again. Meanwhile the Cleric, eager to be done with the quest, orders Alvra to open the biggest door, the one opposite the entrance. With a screech, it opens its maw and reveals a short stone staircase, leading upwards. The fighter pushes with all his might and manages to open the door further.

When they are about to to examine the staircase, they are interrupted by a lot of noise, coming from the last chamber. The skeletons-and-cabinets-chamber. A huge club is smashing the door to pieces and soon a two-headed ettin skeleton comes charging through. Oh great! 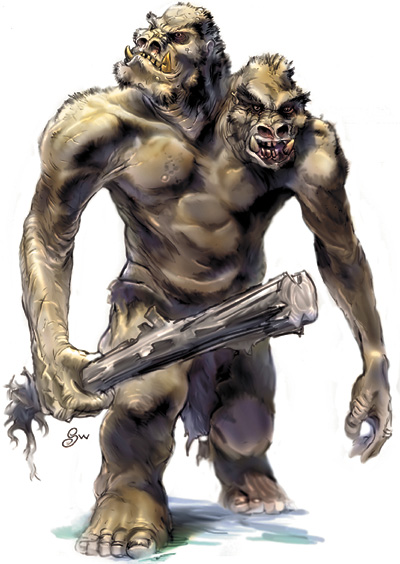 Phaedra tries to trip the giant, while Lilith calls upon the powers of the Spider Queen to rebuke the undead creature, but both fail. Seems Lolth doesn’t respond. The ettin sways his club towards the praying Cleric and hits her hard. Lilith staggers backwards to heal herself again. A Kelgore’s firebolt comes whizzing through the fray. Molten lava covers the beast and Alvra -strategically positioned in the top room on the right – steps into the corridor to attack. His doublesided sword damages the skeleton even further. Time to call in an Earth Elemental. The summoned creature obedient hurls itself at the ettin and starts pummeling its bones. Clashes and groans echo through the dungeon during the mass fight. The Cleric attacks vigorously with her flail and delivers the last blow. Finally the ettin skeleton falls apart, nothing else remaining but a heap of bones. From a safe distance Phaedra quickly checks the room for other rising skeletons, but all is quiet again. They decide to leave the room as it is, no checking the cabinets!

The Scout heads towards the stairs and listens carefully. Nothing, so she silently moves up the stairs. A coffin! When she enters the chamber, the cover of the coffin starts to move and three more tomb motes appear from the dark. Time to pull back! Phaedra shoots a bolt at the lightning fast creatures and dashes down again, closely followed by the motes. And there is the Cleric in her shiny armor, just waiting to be bitten. Nausea threatens to overpower her and she tries to shake off the effect. Alvra feels their teeth too. They all attack: spiked chain, sword, flail and electric bolt whiz through the air. 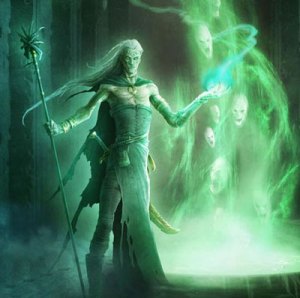 Suddenly the Drow feel a presence moving down the stairs towards them, radiating a strong aura of fear. A female undead appears in the doorway, dressed in a robe and whispering arcane words. Her hands glow with a deep cold. The tomb motes seem to keep their distance from the Necromancer.

The Drow woman walks towards Alvra and touches him with her chill hands. The Fighter suddenly feels weak, his strength seeping from him. ‘Begone’, she says. But Alvra, not planning on retreating any time soon, attacks the Necromancer with his sword. She doesn’t particularly seem to like that. The Necromancer hisses, again touches his shoulder and then moves back into the vault. Alvra chases her. The Necromancer fails to hit the Fighter a third time and he manages to overrun her, ending up in the vault.

His younger sister follows him up the stairs, fighting off one of the tomb motes, while Lilith keeps hitting the other. Damned irritating creatures! The Wizard, surrounded by his magical Mage armor, has his hands full with yet another. Eventually all three manage to kill their opponents.

Meanwhile the Necromancer glides towards her coffin and makes a stand, facing the Fighter. She doesn’t seem to do anything. Alvra walks forward, straight onto a circle, glowing with runes. This gliph saps even more of his strength, but he manages to continue and attacks the undead creature. She fights back, casting a spell, whereupon three green glowing balls shoot from her hands, straight into Alvra. Again he whirls his two-bladed sword and injures the creature. Phaedra stalks closer and helps her elder brother to attack the Necromancer. With a swing of her spiked chain, she kills it.

In the coffin they find a golden bracelet and earrings, plus an evil necromancy spell book. On the woman’s body a pearl necklace and two rings, all of them very expensive. Behind the coffin is an armor stand. Phaedra discovers a spidersilk armor, a magic flail, gold coins and a pouch. In it is an obsidian mask with eight straps. The Mask of the Matriarch! The Wizard feels a red evil aura coming from the mask, so Phaedra wraps it carefully in the spidersilk armor. The Cleric moves forward and takes the package from her younger sister. I will take that mask now. You may have the spider silk armor later. 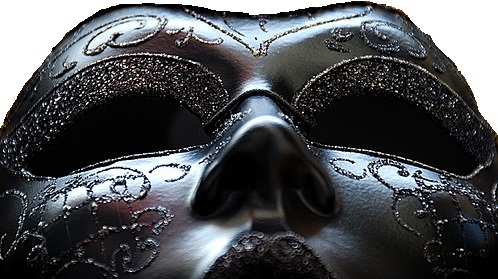 On their way back to the Xaniqos mansion, a group of ghouls moves in to attack the siblings, but Lilith – her confidence restored by the discovery of the Mask of the Matriarch – rebukes them and sends them on their way. At home, Amalika and Quarra are waiting for them, eager to hear the news. They are both very pleased when they hear the mask has been retrieved. Amalika seems especially excited and purrs to the Fighter that she might be needing his services later on. Quarra sends the Mask of the Matriarch to the Treasury, to be guarded on penalty of death.

They have the rest of the evening for themselves. Except perhaps Alvra… 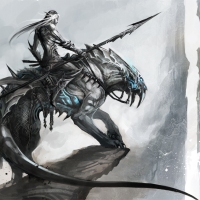 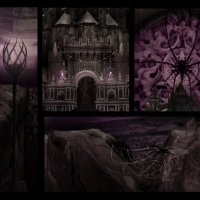 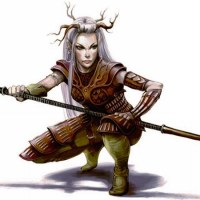 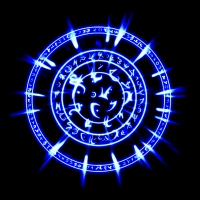